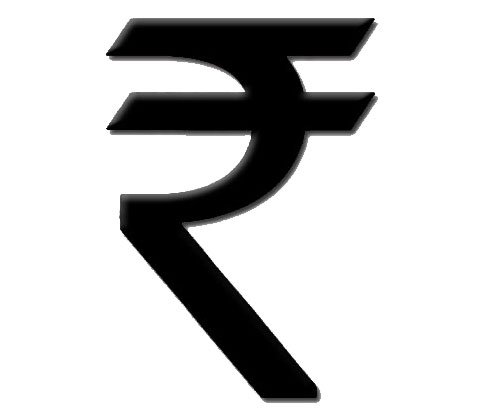 The Indian rupee gets its own unique symbol today .

The winner D Udaya  Kumar‘s symbol is formed by the merger of the Devanagari ‘Ra’ and the Roman capital ‘R’ without the stem.

The media news says the symbol is based on the Tricolour and arithmetic equivalence. The white space between the two horizontal lines gives the impression of the national flag with the Ashok Chakra, the two bold parallel lines stand for ‘equals to’, representing balance in the economy, both within and with other economies of the world.

Now the rupee symbol becomes the fifth currency in the world to have a distinct identity.The rupee (up till now) is only recognized by the abbreviation ‘Rs’ or ‘Re’ or as INR; the currency of one of the world’s fastest growing economies.

The Cabinet decision taken today informs that it might take up to a year for the new Rupee symbol to be used throughout India and about two years for international acceptance.

For widespread usage, the new symbol has to be accepted by the Unicode Consortium’s Unicode Technical Committee.

The winning designer is going to get Rs 2.5 lakh. Keyboards and font families will be modified to include their creation. Countless tickers and outdoor displays around the world will illuminate the design.

Five symbols echoing cultural and historical ethos had been shortlisted by the finance ministry of India following an all-India contest last year. Over 25,000 applications (3000 finally put to test) were received from across the country. The seven-member jury comprised of officials from the Indian government, RBI and representatives from institutes like National Institute of Design, Lalit Kala Akademi, J J Institute of Applied Art and Indira Gandhi National Center.

The Indian government had announced a competition in March last year inviting creative designs from Indian residents to represent the rupee in a simple form. The finance ministry guidelines stated that the symbol should represent the historical and cultural ethos of the country. It should be applicable to a standard keyboard and has to be in the Indian national language script or a visual representation of it.

5 thoughts on “Rupee Symbol Winner Is…”