I had no plans to post any Ganesha image. But just see to what imagination length we go to design our enduring lord Ganesha! 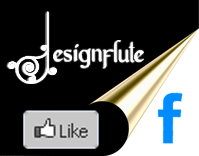