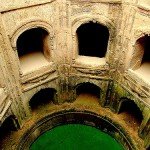 Stepwells may be covered or open. (Open wells are mostly called tanks).

Stepwells may be a separate construction or part of a temple ( As In Modhera, Gujarat). 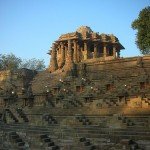 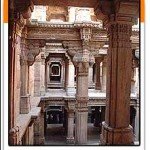 Bundi in Rajasthan came to be known as ‘city of stepwells’.

The most extravagant of stepwells is the Rani ki Vav, at Patan in Gujarat.

(The Rani Ki Vav (Queen’s well) at Patan, is the most magnificent of all stepwells created in 1032 A.D. by Rani Udayamati. Multi-storey colonnades and retaining walls link a stepped tank to a deep circular well. Throughout, the ornamentation is sumptuous. Columns, brackets and beams are encrusted with scrollwork and the wall niches are carved with figures. Hindu deities alternate with alluring maidens on the walls flanking the staircase.) It belongs to Solanki School of temple architecture

The construction cost of Adalaj vav was 5 lakh tankas (silver coins). This vav is open octagonal surrounded by galleries on four levels with circular well at the bottom.It is the finest example of the Muslim period.

The grandest period of the stepwell construction spanned from 11th to 16th century, 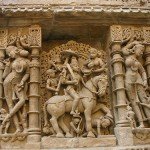 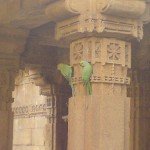 (designflute ps: More then 20 days back  I decided to do a post on temple architecture of India. But I could not do it till now. The reason is very simple. The subject matter was so vast. I lost my way as to start from where.

But my post ‘fruits on my dining table’ solved the problem as the designer Vibhor Sogani has designed a stepwell candle holder.

I was immediately reminded of stepwells of Junagarh (navghan vav & adi-kadi vav) and the goosebums!

15 thoughts on “water temples of India”